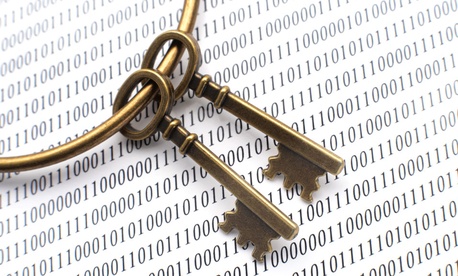 In case you blinked, big data is the newest new thing in establishment health policy. The July 2014 edition of Health Affairs carries on its spine the title, “Using big data to transform care.” It was funded by IBM and the UnitedHealth Foundation, among others. Last year McKinsey & Company published a paper entitled “The big-data revolution in US health care” in which the authors predicted big data will cut American health care costs by 12 percent to 17 percent. A public-private group called Health Data Consortium, which includes the Institute of Medicine, Hewlett-Packard, andEmdeon, was formed in 2012 to promote the collection of all forms of health data.

A late July 2014 article in Fortune testifies to the power of the hype promoting big data. Although the article quotes two experts in biology who throw very cold water on the notion that big data can make substantial improvements in cancer care, the article also reports that two very smart 28-year-old guys with business degrees from the Wharton School of Business have raised $138 million, $100 million of it from Google Ventures, for a company that will attempt to divine new treatments for cancer from massive amounts of data about cancer patients. Someone is going to be proven wrong here. Who will it be? The info tech wizards and their wealthy backers, or the biology experts (one of whom discovered the first oncogene)?

I’m betting on the biology experts. I don’t have a degree in computer science, biology or medicine, but I have common sense that has not been warped by financial incentives, and I am familiar with the devil-may-care attitude toward evidence within the American health policy community and the effect that attitude has had on other segments of society. I view Flatiron’s founders and investors as examples of smart people who have been badly misled by the willingness of health policy experts to make unsubstantiated claims for managed care nostrums. The big data fad is the direct result of a quarter century of hype about electronic medical records (EMRs) promoted by the health policy elite with the encouragement and financial assistance of the computer industry.

From the earliest days of the EMR movement, its most prominent leaders confidently asserted EMRs would improve quality and lower costs despite the absence of empirical evidence supporting that claim. Two of the earliest pro-EMR documents by prominent health policy experts illustrate my criticism.

In 1988, Paul Ellwood (inventor of the misnomer “health maintenance organization”) published a paper in the New England Journal of Medicine entitled “Outcomes management: A technology of patient experience.” (318:1549-1556) “Outcomes management would … pool clinical and outcome data on a massive scale,” he wrote. “Millions” of computerized medical records would be funneled into “a massive, computerized data base.” By means Ellwood neglected to flesh out, this pooling of data would create information about medical care so accurate it would reveal “the relation between medical interventions and health outcomes, as well as the relation between health outcomes and money”(p. 1551).

As if this weren’t hype enough, Ellwood went on to say, “Outcomes management will help every doctor become a better doctor” (p. 1554), and if doctors didn’t accept his word for this and they let the “payers” take the lead in managing outcomes, payers will “know more about the impact of physicians’ work than they [physicians] do” and when that happens “payers will succeed in circumventing whatever exclusive legitimacy medicine claims to have as a profession” (p. 1555).

Of the 16 endnotes in Ellwood’s paper, not one of them documented his claims. The closest thing to an appropriate citation was Ellwood’s reference to the old Health Care Financing Administration’s annual report card on hospital mortality rates, a report Ellwood praised as evidence of HCFA’s “latent evaluative capacity.” But HCFA terminated that report in 1994 because it was so inaccurate. HCFA’s hospital “death lists,” as they were known, were so bad that Bruce Fried, HCFA’s director of its Office of Managed Care, later referred to the reports as the “hospital mortality report debacle” and as evidence that “the road to hell is certainly paved with good intentions.” (“HCFA to require HMO quality data,”Modern Healthcare, Sept. 16, 1996, p 6).

The Institute of Medicine (IOM) joined the chorus in 1991 with the publication of a book entitled “The Computer-based Patient Record: An Essential Technology for Health Care.” The book was financed by IBM and Hewlett-Packard, among others. Like Ellwood (who advised the IOM’s authors), the IOM confidently asserted that EMRs (the IOM called them computer-based patient records, or CPRs) would improve quality and lower costs. The IOM did this despite explicitly acknowledging it had no evidence to support that claim. “[D]ata on CPR system benefits are sparse,” they wrote. “Few recent studies have analyzed actual costs and benefits. … CPRs may reduce the cost of care enough to offset the expense of acquiring and operating CPR systems, although this remains to be proved” (p. 102).

But 30 pages later, the IOM succumbed to its urge to evangelize. CPRs “are essential for health care,” they wrote. “CPRs can play an important role in improving the quality of patient care and strengthening the scientific basis of clinical practice; they can also contribute to the … moderation of health care costs” (p. 132). Then came the preordained recommendation: “Health care professionals and organizations should adopt the computer based patient record (CPR) as the standard for medical and all other records related to patient care” (p. 133).

Because Ellwood and the IOM were already opinion-setters within the health policy and political worlds, their Pollyannish pronouncements received widespread coverage in the mainstream and professional media and were influential for years after their publication. Ellwood’s paper and the IOM’s book had a twofold effect: They accelerated the movement to force doctors and hospitals to buy EMRs, and they reinforced the norm within the health policy community that it’s OK to make costly, sweeping recommendations based on groupthink rather than evidence.

By the early 2000s, EMR groupthink within the health policy community had become conventional wisdom among politicians and much of the media. In his January 2004 State of the Union Address, President George Bush announced, “By computerizing medical records, we can avoid dangerous medical mistakes, reduce costs, and improve care.” To take another example, in August 2004 Senators Hillary Clinton and William Frist published an op-ed in the Washington Post in which they repeated as facts all the canards about EMRs. “[W]e both agree that in a new [health care] system, innovations stimulated by information technology will improve care, lower costs, improve quality and empower consumers,” they wrote. The groupthink about EMRs was canonized in 2009 when Congress enacted the Health Information Technology for Economic and Clinical Health (HITECH) Act, a law that created sticks and carrots to get providers to buy EMRs.

In this environment – in a world in which the nation’s most prominent health policy experts and most powerful politicians peddle groupthink as fact – it is easy to see how people with little knowledge of biology or health policy could be fooled into thinking there’s money to be made applying big data to cancer. Flatiron’s founders may make some money, but if they do it will be because other investors were fooled by a quarter-century of EMR hype into buying Flatiron’s stock at inflated prices. It will not be because Flatiron will substantially improve our ability to “see what therapies worked best,” determine “cost-effective therapies,” and identify “wasteful health care spending,” to quote theFortune article.

In a decade or two it may turn out that Flatiron made modest contributions to cancer treatment by speeding up the rate at which researchers generate hypotheses, by identifying drugs and treatments that are causing serious side effects in some patients, and by speeding up recruitment of patients into clinical trials of new drugs. But in a decade or two we will not be saying, “Wow, big data reduced the cost of treating cancer and led directly to new treatments.”

If you have comments or questions regarding our blog, please feel free to contact us:

We Work with the Best Hospitals